Spreading some holiday cheer with this song. "The Circle of Poo" - Mr. Hanky and Son

Be sure to check out our new www.OURBLOC.com site. We love all our followers and we don't want you to miss the exciting new changes OURBLOC.com has to offer.
No comments:

Join us on www.JacksonsRunaway.com for an awesome sale!!!

the Stadium: The Trifecta is Now Complete and Cleveland is PISSED 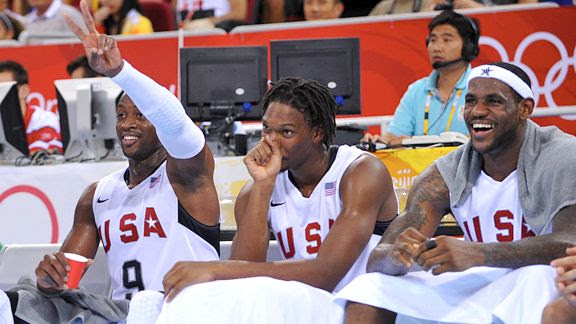 Enough of that and I'm not riding shotgun in the Miami Heat bandwagon mobile, but you have to admit that Pat Riley's [Mad Scientist] concoction is intriguing. Was this the best move for each one of these superstars? Who knows, only time will tell. Regardless, it's now a done deal and Team USA is now a reality in the NBA.

Everyone expected fan backlash, but seriously Cleveland...Cleveland...you're grown ass adults acting like your child ran away. I know you paid money to see Lebron play, but that does not mean you own the guy. The outrage from these "super fans" who have not picked up a basketball since they were 10 is getting seriously out of hand. Riots, burning of jerseys, tearing up posters and you expect another superstar to want to come and play in your city. Folks, that dream ended with the riot ensuing letter from Dan Gilbert., Cleveland Cavaliers owner. I understand you're disappointed, but there is an expectation that "PROFESSIONAL CANDOR" will be put forward by the ownership after the team under goes a major change such as your superstar leaving. At the end of the day it's a business folks and business decisions are made everyday by both Players and Owners.

Next, please stop saying that Magic Johnson, Michael Jordan, and Larry Bird won championships on their own. If you you look at each one of these teams during their championship runs, they had a supporting cast of superstars in their own right. It was called "no salary cap" and teams were able to effectively buy their way to a NBA title. If you are a true basketball purist, but you say that Kareem, James Worthy, Kevin Mchale, Robert Parrish, Scottie Pippen and Dennis Rodman were not stars then my friend you're not a basketball purist. Contrary to the nonathletic's popular belief, you can't win anything on your own unless you're playing Golf, Tennis or Skiing...and even then, there are team aspects to each one of these sports.

The dynamics of the NBA have changed with this move, but the Heat are not "guaranteed" to win a championship yet. I mean they only have one signed player at this time and last I knew the NBA is not a 3 on 3 tournament.  The Bulls developed the concept, the Lakers are known for it, the Celtics ushered the modern day version of it and now the Heat have solidified that a team of 3 powerhouses playing together is here to stay. The World will be watching in late October when the new 3 Kings of the NBA tip off their season. Heading into the a CBA year, the Miami Heat may have saved the league. Only time will tell...

Congratulations is in order to Pat Riley, the Miami Heat Fans, and the Bandwagon Riders. The 2010-11 NBA season will go down in history as one of the most memorable.

Quote of the Day

In order for our dreams to come to fruition, we must be willing to invest in ourselves. It takes more than emotional investments to see our dreams become a reality. - Jouran Crosby
No comments:

Salakida performing "In Bloom (Beloved)" live with Elliot Holden on Guitar. This is a songstress with tremendous star power potential. Very excited to hear her new project "The Resurrection". Visit www.Salakida.com and listen to samples from "The Resurrection"


Live it, Love it, Share it - OURBLOC.com
No comments:

the Picture House: Review of the Last Airbender 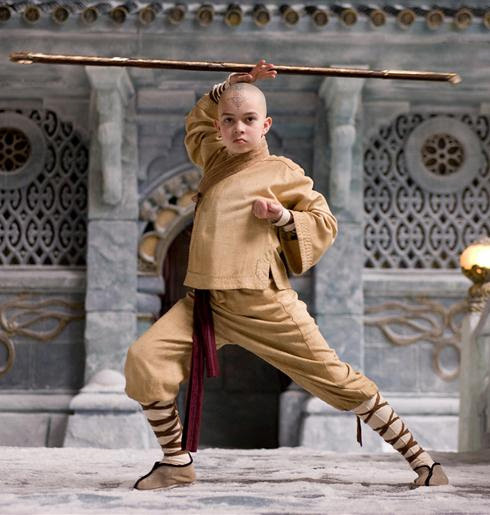 I hate to disappoint you, but he doesn't bend his farts. I know sad for everyone who wanted to see him bend stinky air and make his foes pass out. LMAO Just kidding

The movie was good, but in traditional Hollywood remake style, it does not stick to the actual original material, but it does not completely divert from it. Let's start with the bad about the movie. The real downfall of the movie was the fact that I spent $22 to see it in Real 3D and there was nothing 3D about it. No flames or water jumping out at me. No flying drop kicks or swords nearly decapitating me in my seat. No 3D, no nothing. If some of the bigger scenes had true 3D elements, it would make the film that much better.

The only other downfall was the fact that the comedic side of Ang was left out a bit. Granted, M Knight would not be able to reduplicate penguin sliding or wake boarding on the backs of over-sized COD fish, but a bit more Ang-like humor would have been cool. Other than that, I thought the movie was pretty awesome.

The sets were absolutely amazing to say the least. M Knight took a page out of Peter Jackson's book of set design and delivered big. From the ships, to the Air Temples, to the Northern Water Tribe village; the only thing I can say was amazing. Even though the movie deviated from the original story, I enjoyed how M Knight developed certain aspects allowing for individuals to experience an array of feelings with the main characters. The fight scenes, I will let you know now, the fight scenes are not your typical martial art scenes. What do I mean you ask, well you see the fight scenes are in the good element, so they don't disappoint.

Many complained about the ending, but hey he had to set it up for a sequel and personally I think we all will go and see part deux. If you're sitting there saying "oh Hell no I'm not seeing that crap again" stop lying you know after seeing that spectacular water bending scene that you want to see what Ang will do with the remaining elements. Plus, if you are a true fan of the show, the first chapter of the book is Water.

Overall the film was decent, but the lack of 3D was a bit disappointing. As a result I have to give the movie a 2.5 3D glasses on a scale of 4. I say go check it out, just don't spend the extra money to see it in 3D.

Written by Ran - Ran@ourbloc.com
No comments:

the Stoop: The Awesome Flying Car

Wow this is truly a step in the right direction. Terrafugia (ter-ra-FOO-gee-ah) is a company made up of MIT trained Aeronautic Engineers and MBAs who have created the first flying car. Yep you read that correctly; I said a FLYING CAR. Now the car is not as hot as the flying Delorean that hovered like a Harrier Jet to take off, but who cares, it's a flying car.

Today, the FAA provided Terrafugia with a weight exemption which will allow them to keep all the much need automobile safety features, but allowing the plane portion to be classified as a Light, Sport Aircraft. By possessing this designation, an individual would be able to obtain a license after completing a 20 hour flight course and test.

Now this unique car/plane/dream machine runs off unleaded gas, can reach road speeds of 65mph and gets about 30 mpg on the road [for you fuel conscience drivers]. In the air it will reach speeds of 115 mph and fly about 450 miles. Now I wouldn't recommend trying to fly this car to E...you know how some people do on road trips lol...but hey...IT'S A FREAKING FLYING CAR.

Everyone who knows me, knows that I'm a bit of a techie. The mere fact that I'm seeing ingenuity at work gives me a ray of hope that not everyone in this country has rolled over and technologically died. The cool thing about this flying car is it can be converted from a plane to a car within 5-10 minutes. Yea it looks a little odd, but really does it matter if you're the one driving/flying this $190,000 dream machine? This could truly revolutionize the "daily commute".

Terrafugia...Thank you for being the coolest nerds in the world and I mean that in the sincerest way. Can't wait to get behind the wheel of one these SWE-E-E-E-E-E-T *in my Carter Pewterschmidt's voice* toys.

Promote Your Page Too